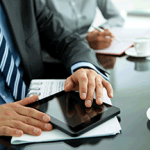 GTC, a leading South African financial advisory services business, sponsors a twin turbo charged Nissan 350Z race car.  Amongst its achievements, the GTC race car recently won its class, whilst also being faster than a number of other cars in higher categories including some Mitsubishi Evo’s, the Ferrari 458, some Wesbank V8’s and some of the Porsches.

Sponsored by GTC, Mark White Nissan, Motul and Stingray Graphix, this was the first competitive race for GTC’s Nissan and the team was delighted to win its class as newcomers to the racetrack.

The GTC race car competed in the Simola Hill Climb, “King of the Mountain” event in the highly competitive 6-cylinder forced induction category for two-wheel drive cars.  The annual event is held in Knysna and this year’s King of the Mountain race took place from 15 to 17 May and featured 73 entrants.

Producing over 500 kilowatts and 900 Nm of torque, the twin turbo charged Nissan was driven by one of South Africa’s best known racing drivers – Geoff Mortimer.  Geoff, a previous King of the Mountain winner, has also been a national track and rally champion several times over and now aged 79, continues this winning tradition.

The GTC corporate colours on the Nissan 350Z represent both a powerful branding opportunity and proof of the company’s enthusiastic support for motorsport.