The weaker dollar and relatively lower US interest rates remained supportive of a stronger rand over the quarter. Towards the end of June however, the rand lost some ground after the FED indicated they may hike rates in 2023 which would be sooner than previously announced. This is graphically depicted in the chart below: 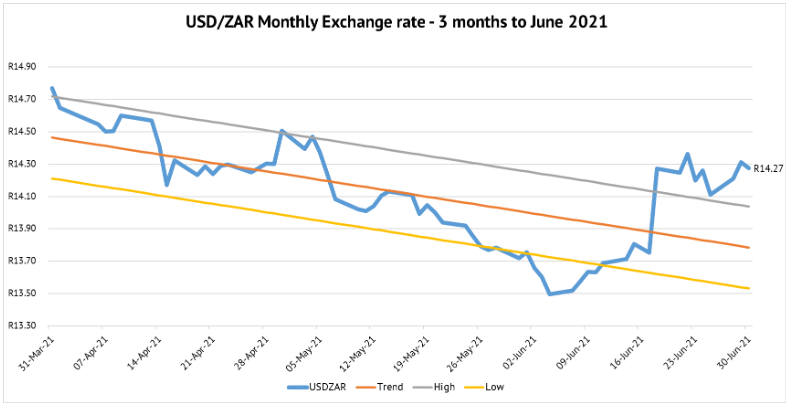 Over the longer term and on a simplistic basis, the South African rand seem to be close to fair value relative to the US dollar as indicated below: 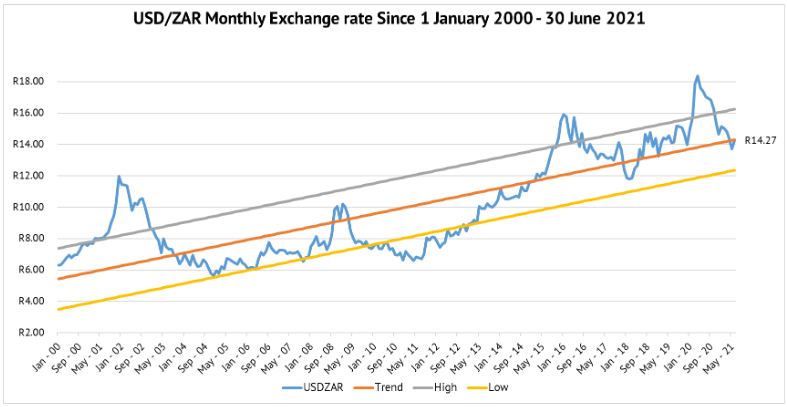